Centre for Alternative Technology – our most eco-friendly day out!

The Centre for Alternative Technology (CAT) is a world-renowned Eco Centre & charity that’s been educating the public on sustainable living for over 40 years. We thought it would be a perfect stop-off on our trip in an electric car partly as it has a free electric vehicle charging point but mainly for their eco-credentials.

We had to ask to find the car charger when we arrived – it is round the back up a hill to the right of the centre. We recommend reserving it – they tell you to ring up – they had been expecting us so it was reserved for us but we moved after we were charged so a Nissan Leaf could charge who had rung up after us. It’s one of the only chargers in the area – they don’t like people using it unless they’re going to be visiting the Centre which is fair enough so if you do use it please buy a ticket or at least offer to pay for the electricity.

Even though we didn’t go on the Cliff Railway until we left to get back down to the main carpark, it’s usually the way you get up to CAT. It is water-balanced and one of the steepest railways in the world with a gradient of 35° and of course a green way of getting up the very steep hill! The kids really enjoyed it (I’m not so keen with my slight nervousness of heights!) and loved investigating at how it worked.

CAT has 24 acres of sustainably managed woodlands, organically managed gardens, interactive renewable energy displays, examples of green buildings and much more. It sounds great – in reality, unfortunately, it could do with a bit of TLC in parts – mainly the signage but some of the exhibits are fairly old now – we met a friend and he had visited there and remembered some of them from when he was a child – for example the cloud over a solar panel.

The cafe, shops and toilets were lovely and modern and to be fair the kids didn’t notice that anything was out of date and had an amazing time. A lot of it is run by volunteers and obviously they could do with a grant or some funding to help spruce up parts – I don’t blame the staff – I just think it’s a shame that some money hasn’t been found to help modernise it a bit. I think being a graphic designer though I always notice signs and information – maybe others wouldn’t so much!

The boys joined in an hour long bug hunt which they found fascinating – it was done in conjunction with National Botanic Garden of Wales which we had visited a couple of days earlier so some of the same themes were running through such as pollinators. They searched for bees, bugs and insects and were given a bag to take around with them with a bug pot, binoculars and various other items which they didn’t really want to give back!

It also took us for a quick walk up a hill where we could look down on the centre – and we spotted the i3 charging (see first photo).

There is a full programme of seasonal family events on this summer holidays which are well worth joining in if you can –www.cat.org.uk/summer2019.

We had a lovely lunch in the CAT vegetarian café – it’s so nice to have such a lot of choice – I do get fed up with a couple of sandwich choices normally! The kids had pizza and cheese and onion pasty with beans. The adults had various dishes with the most lovely salad I’ve had in a long time. Such a change from the beige food we always seem to end up eating when away from home! Lots of the ingredients for the dishes are grown and harvested from their gardens and others they try to source from local, organic growers or to use fairtrade products. It is very reasonably priced for the food it is – I just wish it was closer as if it is I’d be visiting a lot! I’m annoyed I didn’t take a photo but we were too busy catching up with friends who we had met there.

There was plenty to investigate around the site – dens, bee houses, loads of exhibits on alternative technology for instance how to heat your home, a wind powered chair which lifts you up and lots more. Things to pull, twist and play with are always hits with the boys!

My favourite part of the park was the mole hole – it wasn’t well signed and we may well have missed it if we hadn’t gone on it as part of the bug hunt, though you can get in it 2 ways – one is through a greenhouse which is the way we went in . It was actually quite spooky – not everyone wanted to go in it as it’s very dark at first and then you see some lovely lights and some exhibits in the cave and it’s very atmospheric – my 6 year old absolutely loved it.

Finally you see the giant mole!

My 8 year old’s favourite part was learning about water power – the wave bit in particular they spent ages at – it was a really interesting part of CAT and a really nice way for kids to learn how alternative energy is made. Again – the signage needs improving though!

My 6 year old loved the worm slide – it was a hit with all the kids! There was also a fab adventure playground which they played for ages in.

One of my favourite things about CAT was their shop. I could easily have spent enough there to remortgage! There were some gorgeous wooden toys – we purchased one and marbles as early presents for the boys – they would gladly have bought loads more! I purchased a reusable bread bag which was something I’d been wanting for ages. Please take a look at their online eco store as there are loads of great present ideas there: https://store.cat.org.uk

All in all, we had a lovely relaxed day out – I didn’t learn as much as I thought I would mainly because we are all much more aware these days of how to save energy and so on but I did come away wanting to investigate solar panels again and making my garden more lush and the boys were happily exhausted!

So it’s a few weeks since we came back from our trip so we’ve had plenty of time to mull it over and think about how we got on. I must admit to feeling a Read more… 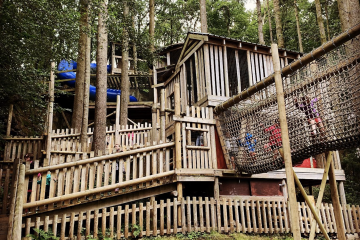 We had a really fun day in Greenwood in North Wales. I really recommend a visit if you have kids (you can’t get in if you don’t). I was totally impressed that ALL the rides Read more… 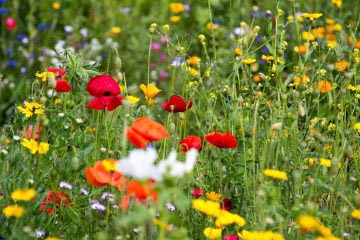 National Botanic Garden of Wales – family friendly and lots to do!

It is hard to tell how big somewhere is until you physically visit it. The National Botanic Garden of Wales was much larger than I expected – especially if you take into account the parts Read more…